In February, tens of thousands of fans got together to share their love of trance music in Jaarbeurs. As in previous years, Armin van Buuren’s annual “party” was once again a big success. More than 35,000 visitors from 100 different countries went wild to the beat of their favourite music. The organisers are here to tell us how to successfully realise an event of this scale every year and how to keep up with your event's growth.

The main show in the Netherlands
Dennis de Bruin (COO of events agency ALDA) has been involved in the organisation of A State Of Trance for twelve years now. This event, which originally began as a celebration of every fiftieth broadcast of Armin van Buuren's eponymous radio show, has since become a worldwide tour. Since the DJ's roots are in the Netherlands, the main show is held here as well. Successfully so: every year, thousands of fans from all over the world travel to Jaarbeurs to attend the show. How did the organisers pull this off? Dennis shares three of his secrets.

Tip 1: Choose an optimally centralised location
Although the events agency could rent out a venue like the Ziggo Dome or Ahoy instead, ALDA's choice of Jaarbeurs is a deliberate one. “When we started with the first major event in the Netherlands all those years ago, we had roughly 4,000 visitors,” De Bruin says. “We have held the event in many different locations, from the Maassilo in Rotterdam to the Brabanthallen in Den Bosch. However, we kept becoming too big for our venue of choice. These days, we need a location that can host more than thirty-five thousand people. Let's be honest: Jaarbeurs is a fantastic venue when it comes to structure and accessibility. It is located in an optimally centralised location with easy accessibility by road and the train stops right outside.”

Tip 2: Create something familiar for the fans
Relocating to a larger venue allowed A State of Trance to grow significantly. The event not only scaled up from 20,000 to 35,000 visitors, but Jaarbeurs also become a 'home of the show’ for our visitors. De Bruin: “A State of Trance is not like most other festivals or events. It is a fan-based community event. Our fans are all closely involved with each other and the response to our communication is enormous. We have a loyal following and more than half of the visitors come back every year. We believe we have to do something special for these people. That is why we have created special meeting areas and five music halls where people can get together to catch up. Visitors can also experience a live radio broadcast in Jaarbeurs, for which Armin van Buuren is on the air for twelve hours.”

Tip 3: Think ahead
It is nothing new for an organisation agency to evaluate an event. ALDA goes one step further and conducts its evaluation before the event has even begun. This clever strategy allows the company to nip potential problems in the bud. De Bruin: “We ask visitors a few questions beforehand. Things like: how are you travelling to the venue, what time will you get there? Will you buy a locker beforehand or do so on the day? This allows us to measure where the peak moments are and how busy things are expected to get. Together with Jaarbeurs, we look for the best way to manage this large group of people and avoid lengthy queues.”’

The event's most recent iteration was another major success. Not only did the collaboration with Jaarbeurs proceed almost without a hitch, fans were also thrilled with their home base in Utrecht. De Bruin believes that to be a good sign: “In 2021, Armin will host his one thousandth broadcast. As things stand, we expect to come back to Jaarbeurs once again, but I cannot make any definitive statements just yet. What I can say is that we are working on something big. This will be a truly unique celebration!” 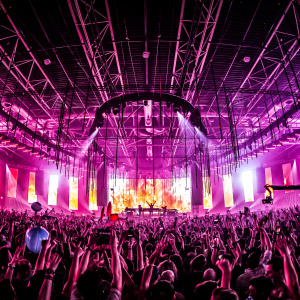 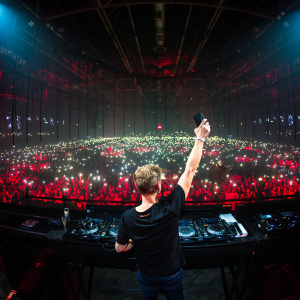 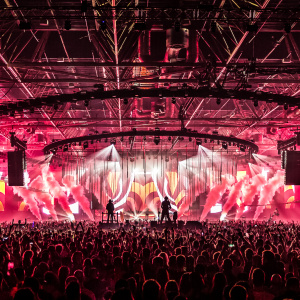 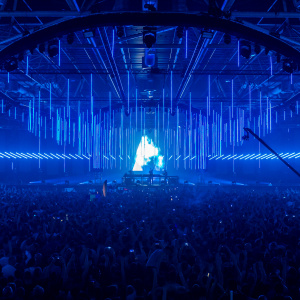 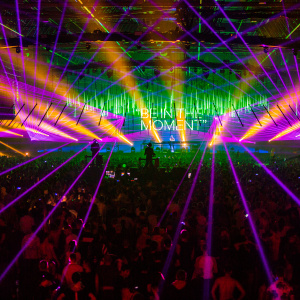